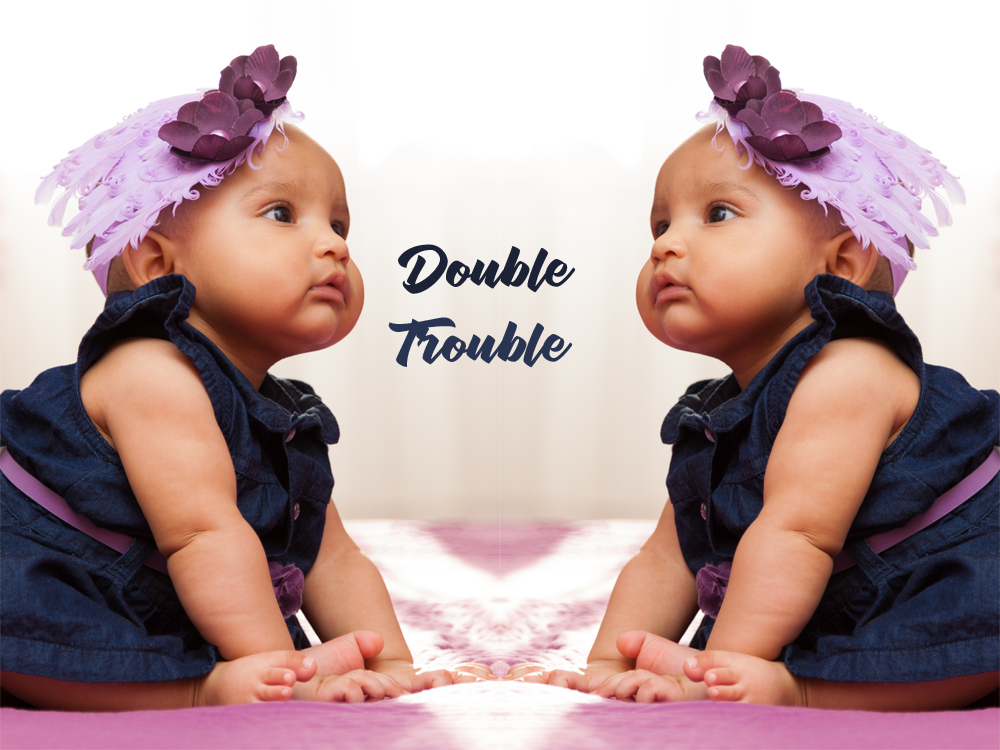 Over the years I’ve heard first-time mothers described as having the psychotic new mom syndrome. There are even commercials about it. This type of mother is the one that sterilizes everyone’s hands before touching the baby, inspect each piece of food before the child eats it, and even makes lists of everything you can and can’t do with the new baby. They even go so far as to tell the people who raised them, the dos and don’ts with the new child. It sometimes gets so irritating that other people start to avoid the new mom. It’s really funny if you think about it, but don’t worry I hear it’s normal. You usually grow out of it by child two. That is probably why mothers of twins rarely get this “syndrome”. They start off as a mother of two and just don’t have the time for baby obsession. Trying to split your time between two people equally can be exhausting. As a mother of twins, I remember having to learn everything very quickly.  Once you finish with one child, the next child is ready for your attention. It sometimes becomes a never-ending circle of parenting which makes you a professional a lot quicker. Since this is the case, mothers of twins tend to behave like they’ve been parents before.

Another reason that mothers of twins miss the syndrome is frankly, that they need the help. I remember when my twins were around eighteen months old and they were causing havoc in different places. One would be pulling the dirt out of the plants, while the other was putting items in the toilet. I was running back and forth trying to get them to stay in one place. So, when a family member offered to help, I happily accepted. There was no way that I was going to alienate my help by giving a list of rules. Frankly, I just wanted my break to start and enjoy each moment of it. Now don’t get me wrong most parents are very protective of their children and I was no different, but I knew what was important and what was not. The funny this that I’m asked often if it’s easier to raise one child. I find myself in a position of having to make the following statement:

I don’t know I’ve never had one child.

That is the truth. I have never had one child. My first children were twins. This is probably the reason most people see me as an authority on children. It could also because I have four children and have helped to raise five others.

The Growth of Decisions